How did your race go?

“How did your race go?”  This is the first question I always get when I finish an event.  It’s understandable; training for an event pretty much consumes my life, especially a half-iron distance.  My friends see constant posts on social media of my training; my family wonders where I’m at most of the day.  So ya, when race day finally is over, it’s logical to ask, “How did your race go?” 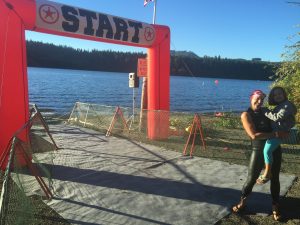 Gracie and I at the swim start

This past weekend I just completed my third 70.3 half distance triathlon and for the first time I did not podium.  In the past two 70.3 events when asked how my race went I could say “I got third in my age group!” and get lots of congrats and accolades.  This time, however, I finished fourth in my age group – no podium for fourth place – so I can’t use that one and it was my slowest 70.3 of the three of them.  So how did my race go?

Let’s back up to the beginning of 2016 when I set my training goal for the year to just enjoy and have fun.  Last season I trained hard, I raced hard and it was, well, HARD!  This year I wanted to enjoy it all; the training, the friendships and yes, the races.  If that meant not placing in my age group or being slower than previous years then so be it.  And so it began with training for the Bend Half Marathon.  We had weekly group runs and I didn’t try to push it or go fast.  Instead I enjoyed building new friendships and running with everyone, sometimes a little faster, sometimes a little slower.  The result:  I completed the Bend Half Marathon in 1:58:10 and felt strong the entire run.  I didn’t place in my age group on this one either but I had one of the best half marathon’s I’ve ever run.  It was hard but fun …AND I beat 2 hours; all without killing myself during training!  How did this race go?  I’d say great!

Next came the Deschutes Dash Olympic Triathlon.  This I trained mostly with my two training partners Angi and Kathy.  We rode, we ran and we swam a lot.  We’d throw in intervals, long runs, bricks and all the usual but again, I never had that “I’m gonna throw-up” feeling I had the previous season from pushing so hard.  The Deschutes Dash was my first triathlon back last year after almost two years off and this year the swim and run course were different so my only goal here was to beat my bike time.  I had no expectations for the swim or run.  I did beat my bike time which was on the same course as the previous year by six minutes so I was super happy!  And with a finish time of 2:45:42 (the swim in very short for an Olympic) I did end up third in my age group!  How would I say this race went?  Better than expected! 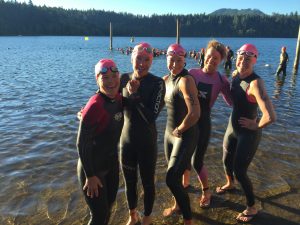 And now I’m here, two days after the Best in the West half-iron distance triathlon; 1.2 mile swim, 56 mile bike and 13.2 mile, or half marathon run.  And how did this race go?  In short, I had a great time and am very happy I did it.  I’m grateful I set my goal of a 6:30:00 or better and mentally went into the race to enjoy and finish and not to compete.  That being said, I still wanted to do well. 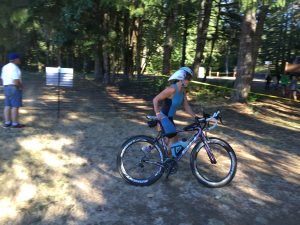 After a typically slow swim, I paced myself on the bike, keeping my heart rate in the 140’s, eating regularly and staying hydrated.  I felt GREAT the entire time on the bike, pushing but not too hard to save some for the run.  I passed a LOT of people, at what felt like almost, effortlessly.  With 10 miles to go I started doing the numbers and that’s when my competitive side kicked in.  Based on my swim time, my current bike time and transitions, I realized if I ran a 2 hour half marathon, or 2:05 for that matter, I could do a sub 6 hour finish, or at least close to it! 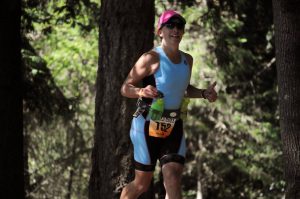 Start of the run

I pulled into transition with a 3:04 bike ecstatic and ready to run.  My husband was there cheering me on also very excited.  I headed out on the run and within the first quarter-mile is a steep little climb and I shuffled up it and felt my legs tighten.  Then another hill and my legs were feeling like lead weight; I could not get them to go any faster.  Even on the downhills I shuffled like a little old man.  All those people I passed on the bike slowly started passing me.  I watched my pace quickly slide from 9:15 to 9:30, to 10:00 then 10:07; typically I could hold at least a 9:30.  By the time I was halfway through (we had to run two 6.1 mile loops) I was down to a 10:41 pace and crushed!  THIS was the feeling I was trying to avoid!  Fortunately Angi’s husband, Jason, was there as I passed by.  I frustratingly told him I was running an 11 minute pace and he encouraged me to not even look at my pace, that I looked strong (he was just being nice, I’m sure!) and to just keep going and finish.  So that’s what I did.  I never looked at my watch again, I walked the uphills since it felt like my legs were going to fall off, I shuffled on the flats and downhills; I hi-fived my fellow teammates; encouraged Angi every time we passed; and got through a very hot and hilly half marathon in my slowest run time EVER!  My overall finish time:  6:32:42 – not what I was exactly hoping for but still a respectable finish time. 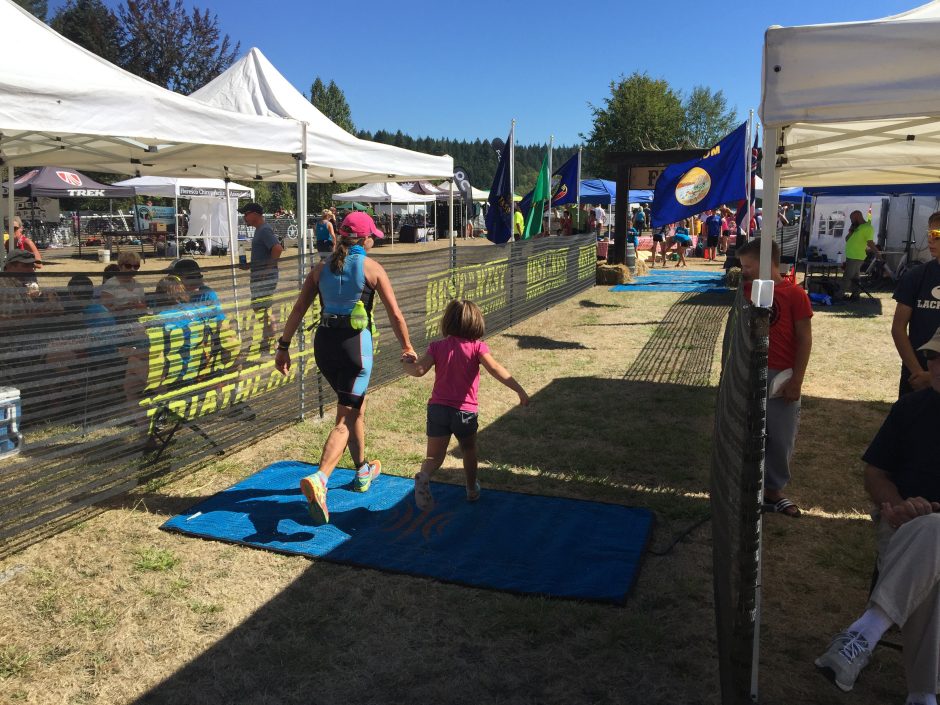 Gracie and I running across finish line!

Looking at other teammates results I see that the run was difficult for several – many running 20 minutes slower than their typical half marathon times.  It was a tough course in the heat of the day.  Also, I thought I fueled and stayed hydrated well on the bike until my husband asked after the race if I had enough liquid.  I said yes, but that I ran out of fuel with 10 miles left to go on the bike but that was ok since I can easily ride 30 minutes without drinking.  I think that might have been my demise.  I didn’t realize it at the time but I went into the run dehydrated which set the foundation for the rest of my run.  Lesson learned! 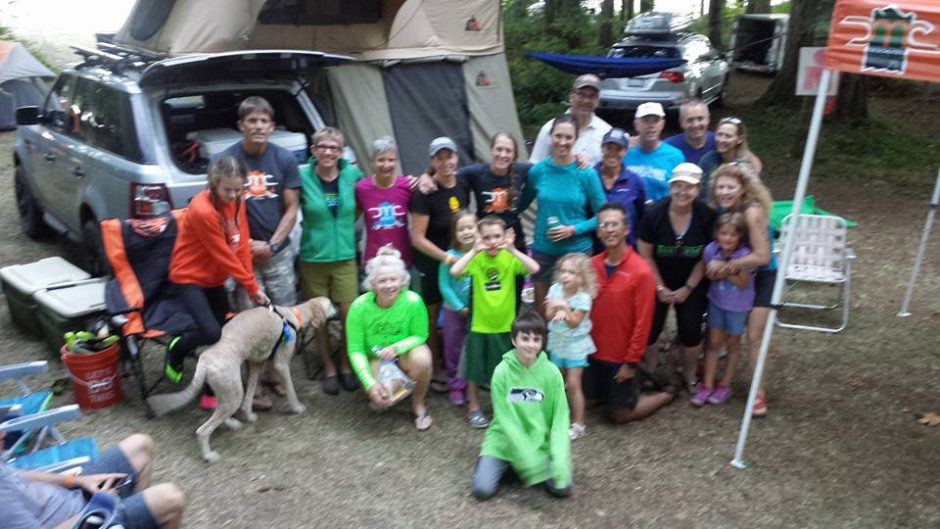 DMC Crew at Best in the West Triathlon Festival

Through the last four months leading up to this event, I have ridden hundreds of miles in some of the most beautiful country with amazing friends, I have swam in freezing cold temps with other crazy people and have run alongside a great friend and training partner throughout it all.  I had a personal best on the bike (top five out of 65 females) and I finished in close to my original 6:30:00 goal time.  So if you are to ask “How did your race go?” My answer is, “It was amazing!”

Images below are of a great season of training.  Click on the image to enlarge.